51st IFFI, scheduled in 16th -24th January 2021, is organized by Ministry of Information and Broadcasting, through Directorate of Film Festivals (DFF), Government of India, in collaboration with the Government of Goa, through the Entertainment Society of Goa (ESG), and the Indian Film Industry.

IFFI is reckoned as one of Asia’s oldest and India’s biggest film festival. IFFI started its journey in 1952. Since then, each succeeding year has provided Indian and the foreign film enthusiasts with an opportunity to share ideas, skill and technology, promoting a common culture of film making and film viewing.

With IFFI, Indian cinema interacted with the world cinema, beginning with participation of 23 countries in 1952, and showcasing 186 films from 76 countries in 2019. Growing in consistency with IFFI’s motto; ‘Vasudhaiva Kutumbakam’ (The whole world is a family). IFFI is also recognized by the International Federation of Film Producers’ Associations (FIAPF).

50th IFFI has witnessed a mass participation from all walks of life comprising more than 10,000 delegates during the festival. The 50th Edition showcased films from all avenues under 15 sections out of which 6 were curated especially for the Golden Jubilee celebration.

The Festival was a grand success and memorable as it showcased the retrospective of Mr. Ken Loach & Mr. Takashi Miike, Oscar Retrospectives, Golden Peacock Retrospective and Silent Films with the Live Music for first time.

51st IFFI 2020 is a platform for the filmmakers to participate and plans to create numerous co-production opportunities in various aspects of film production.

IFFI is an excellent platform for showcasing the breadth of India’s cinematic excellence to the world. 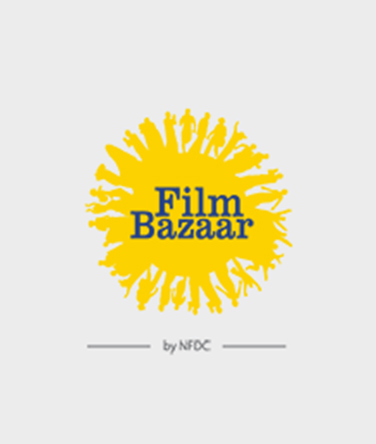 Film Bazaar is the largest South Asian film market organised by the NFDC. Film Bazaar is a platform created to encourage creative and financial collaboration between the international and South Asian film fraternity. The Bazaar, now in its 11th edition, is focused on discovering, supporting and showcasing South Asian content and talent in the realm of filmmaking, production and distribution.

A converging point for film buyers and sellers from all over the world, it also aims at facilitating the sales of world cinema in the said region. Since 2007, Film Bazaar has evolved into South Asia’s global film market, witnessing an increased participation with every edition. The Bazaar is held the same period as the International Film Festival of India at Goa every year. The 10th edition of the market saw an attendance of 1206 delegates from 36 countries.

Over the years, films such as The Lunch Box, Margarita with A Straw, Chauthi Koot, Qissa, Ship of Theseus, Titli, Court, Anhey Ghorhey Da Daan, Miss Lovely, Dum Laga Ke Haisha, Liar’s Dice and Thithi have been through one or more programmes of the Bazaar.